Is Pasta good for runners? Should you be eating pasta before running? This post will give you the 101 on pasta for runners as well as share some easy pasta recipes for runners. 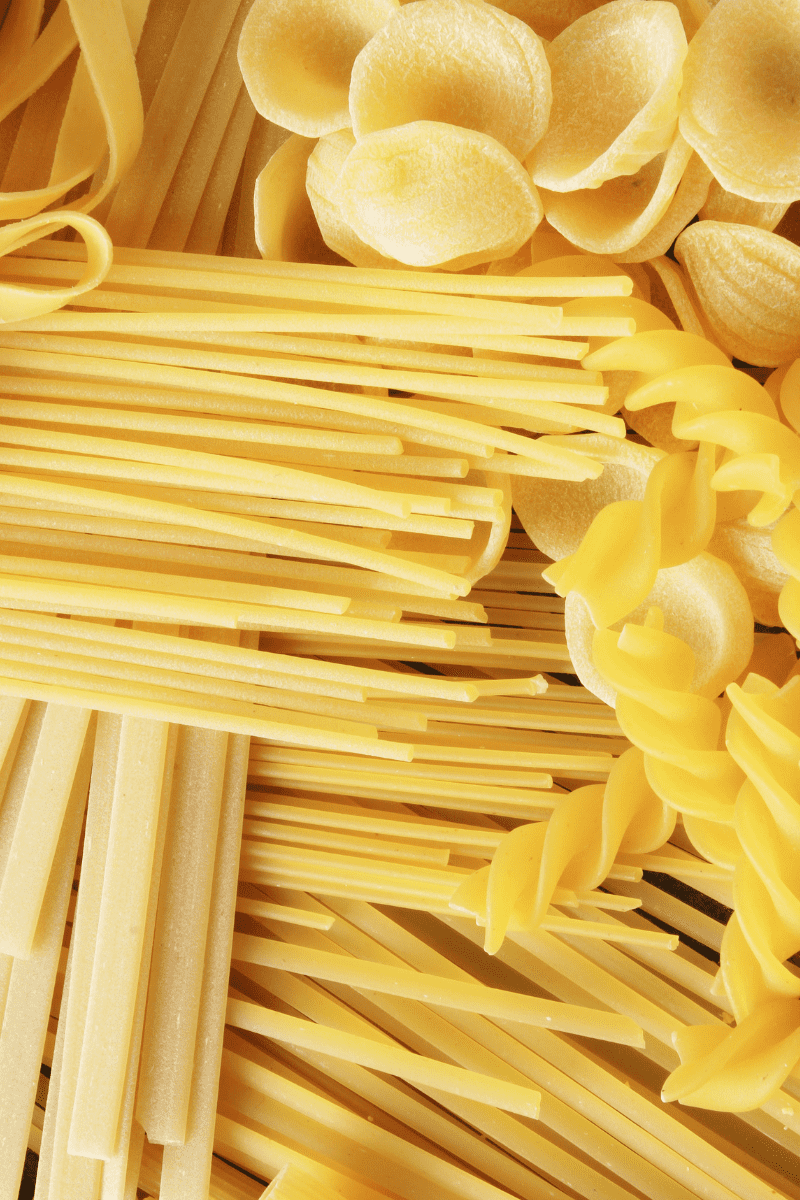 Pasta is a great carbohydrate food source for runners. Carbohydrates serve as fuel as they are the body’s preferred and fastest energy source. Regardless of activity level, carbohydrates are necessary.

Pasta is one of many carbohydrate sources. Other food sources of carbs include rice, bread, oats, beans, fruit, crackers, cookies, etc.

Carbohydrates provide the body with fiber, vitamins and minerals. It is recommended that 45-65% of our calories come from carbohydrates daily.

Fun fact: Kenyan runners, who currently hold 60 of the top 100 men’s marathon times in history, typically get 77% of their calories from carbs. So, carbohydrates are not to be feared.

Pasta is an easy carb source for runners because it comes in many different shapes, forms, and varieties. It is easy to cook and can be cooked quickly, which is a definite benefit for a busy runner.

It can be easily paired with a protein, such as chicken, veggies, such as broccoli, and any kind of sauce, such as pesto, marinara, or alfredo to create a full, balanced meal. It is often a staple in a runner’s diet leading up to a long run or race. This is commonly referred to as “carb loading.”

Carb loading for running is important because consuming carbohydrates before and during exercise can reduce fatigue, improve performance, and help maintain hydration status. Hence, pasta is one of the best foods for carb loading.

Pasta for runners does offer many benefits and may be a stereotype that seems to be true much of the time.

There’s a reason so many of us recommend it as what to eat the night before a long run or race and can be a big part of fueling for a marathon.

Runners eat pasta for many reasons and pasta before running is a common pre-race or pre-run eating ritual.

Carbohydrates provide runners fuel for the muscles and the brain, and as a dense carbohydrate source, pasta for runners is ideal. When someone is more active, they need more fuel, which is why low carb running isn’t beneficial for performance.

Hence, pasta is a great fuel source for every day activity, or specifically in the days leading up to a long run or race when a runner may be doing a carbohydrate load.

Another reason why pasta can be great is that you can add electrolytes, like salt, to it during or after cooking. If you’re a salty sweater, it could be a great way to increase your electrolytes through diet.

While pasta before running works well for many, pasta is also a great carbohydrate source for refueling the muscles after exercise. 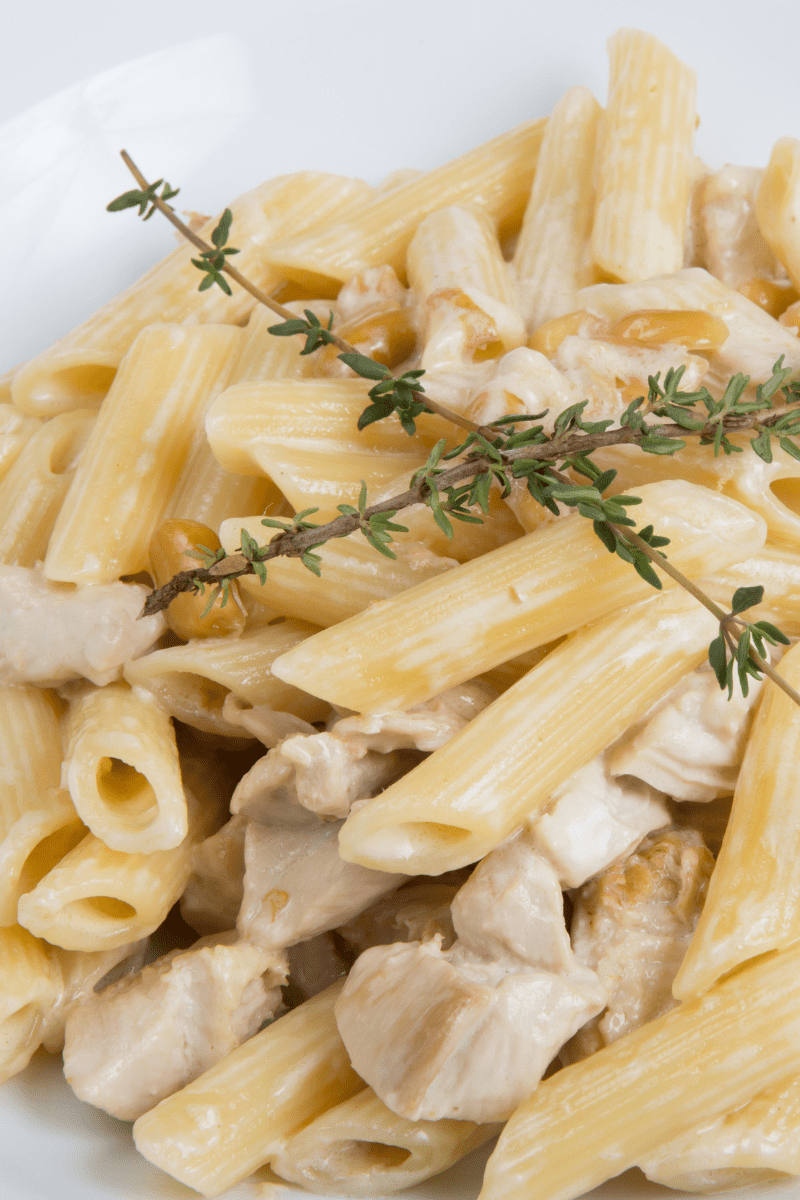 Why Do Runners Eat Pasta?

Firstly, it is easy to cook, tasty, and an easy-to-digest (for most) carbohydrate and fuel source. Runners prefer familiarity because they don’t want to experience gut issues, although in our practice we often work on training the gut for running.

One study found that when participants were asked to choose the meal they would prefer to consume before an important competition, all nominated the pasta meal as being a familiar and preferred choice.

To understand why pasta is good for runners, let’s take a look at the nutrition breakdown.

According to the U.S. Department of Agriculture (USDA)’s FoodData Central, the nutritional breakdown of pasta, cooked, unenriched (regular) and whole-wheat is:

As you can see from the chart, there are some slight differences between the unenriched (regular) pasta and the whole-wheat pasta, mostly the fiber, vitamin, and mineral content.

From a calorie and carbohydrate standpoint, the two types of pasta are very similar in the nutritional breakdown and both are a good source of fuel for runners, either before or after running.

The glycemic index (GI) measures how carbohydrate-containing foods affect blood sugar. High GI foods cause the blood sugar to rise or spike quickly, followed by a quick drop back down. Low GI foods cause a slower rise in blood sugar, which leads to more sustained energy levels.

This isn’t necessarily a bad thing, especially if a runner needs energy “quicker.” Since the white pasta is digested quicker, our muscles can then use it as fuel quicker as well.

However, both types of pasta are considered low GI foods due to the starch in pasta, compared to a food such as white bread, which would be considered a high GI food. 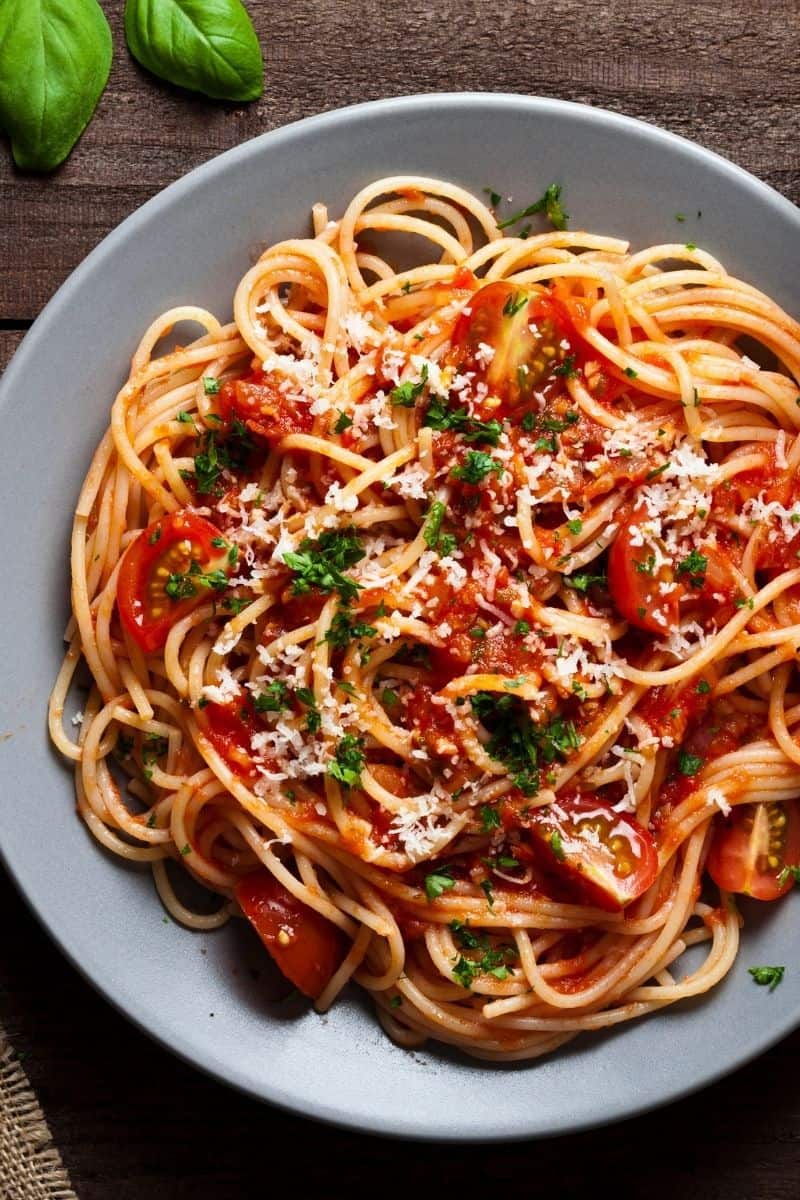 Many gluten-free pasta options are made from higher fiber foods such as brown rice, chickpeas, and quinoa. Therefore, it would be important to try these out before a long run or race to determine if any GI issues present.

If there are any runners stomach issues, it may be better to try a lower-fiber gluten-free pasta option, such as Barilla gluten-free pasta, made from corn and rice, or another low-fiber carbohydrate source for fueling before a long run or race.

When Should Runners Eat Pasta?

Pasta can be incorporated into a runner’s everyday diet, if desired. When choosing grain-based foods, it is recommended that at least 50% of those foods are whole grains.

However, if a runner is eating pasta before exercise, such as the night before a long run or race, it would be better to choose the regular, lower-in-fiber (higher GI) pasta.

It is more likely that a higher GI pasta will be easier to digest and will digest more quickly, so as not to cause any GI issues for the runner.

Post-exercise, it is recommended to consume a combination of carbohydrates and protein as soon as possible to get the recovery process started. Pasta is a great carbohydrate source to include in a post-exercise recovery meal.

Make it part of your plan for recovery after a half marathon!

After exercise, it is recommended to consume approximately 0.5 to 0.6 g/kg of rapidly absorbed carbohydrate (approximately 150 kcal for a 160-lb athlete; roughly the equivalent of one cup of pasta) every 30 minutes for two to four hours (or until the next full meal) for glycogen re-synthesis.

This is most important when exercise is strenuous and/or there is a short recovery window (8 hours or less) between exercise sessions.

Ultimately, for most runners, though, getting in enough total carbohydrates is more important than the specific timing. For ultra runners, especially, pasta can be one of the best foods for ultra running. 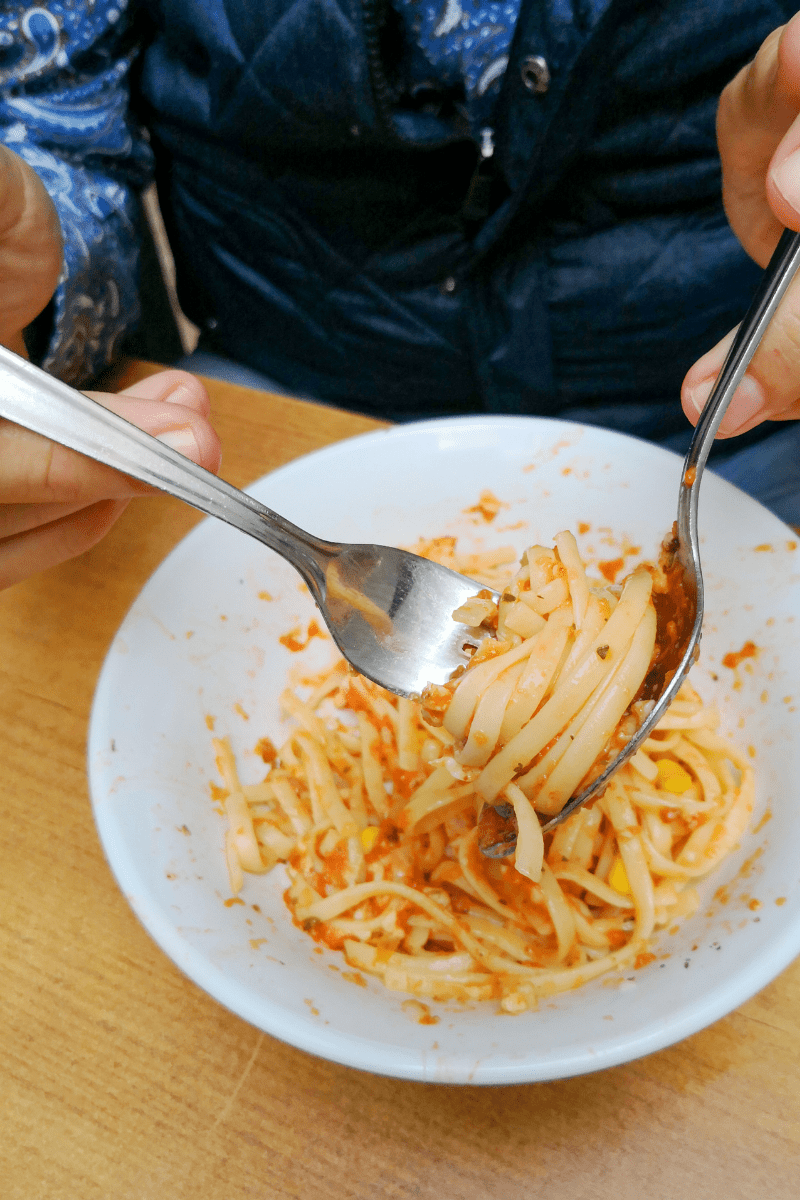 Whether you’re enjoying pasta the night before a run, or looking for pre race pasta recipes, here are some easy, lower fiber options.

You can reduce or omit the veggies if you have a sensitive stomach or want to reduce fiber content. 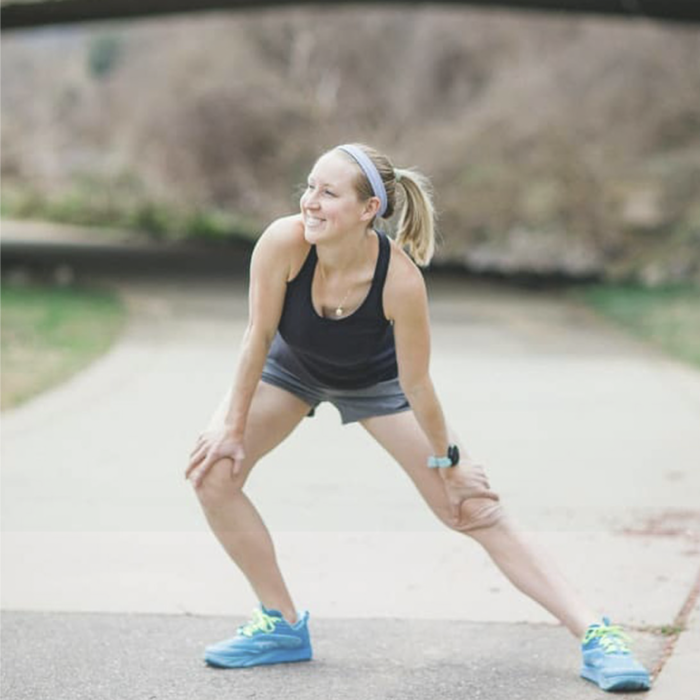